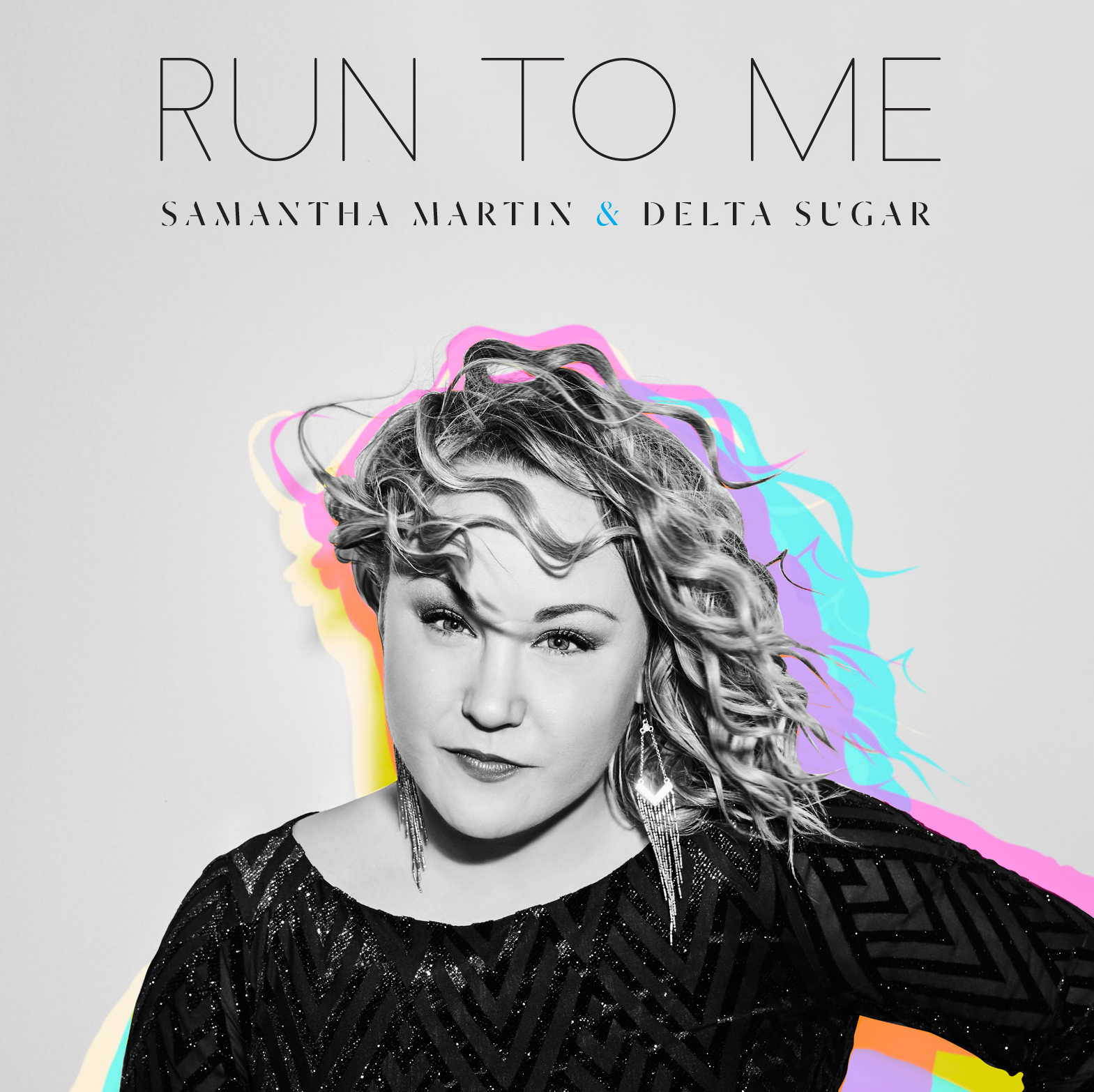 PURCHASE RUN TO ME

2019 has proven to be the break-out year, so long deserved by Samantha Martin and Delta Sugar. The group’s latest recording, entitled Run to Me, was released in April 2018 via Gypsy Soul Records garnering 4 Maple Blues Awards nominations as well as the 2019 Blues Album of the year Juno nomination.

Produced by Darcy Yates (Bassist in Bahamas), the new album explores the full range of the vicissitudes of love: desire, betrayal and, at times, emotional and sexual satisfaction. The lyrics are incisive, the melodies are constantly arresting and the harmonies and arrangements call up the best of the soul sounds of Stax Records and such contemporary artists as Leon Bridges, Sharon Jones, and Lee Fields.

Run To Me reached #2 on Earshot, #1 on RMR Blues charts and #2 on Stingray’s Blues channel. The album has also crossed overseas and managed to sneak into the UK Blues Radio Top40 charts as well as receiving dozens of rave reviews from all around the world.

With over 500 shows under their belt in the last 4 years, Canadian Independent Music Association (CIMA) has recently honored Samantha Martin and Delta Sugar with the certification “Road Gold.” CIMA certifies Canadian artists as “Road Gold” when they have sold over 25 thousand tickets to Canadian fans over a twelve-month period.

Samantha Martin and Delta Sugar’s debut release, 2015’s Send the Nightingale, was a stripped down affair consisting of Martin, her two co-singers Sherie and Stacie, and guitarist Mikey McCallum. For Run to Me, Martin elected to record her emotionally wrought material with an expanded band, augmenting the core of Delta Sugar’s gospel-infused harmonies with a full rhythm section, piano, organ and an ever-so-soulful horn section.

Send the Nightingale was a stunning achievement which garnered four Maple Blues nominations in 2016, was regularly featured on the CBC, topped the blues charts on Stingray radio and propelled the group onto the stages of all the major Canadian festivals and clubs coast to coast. Subsequent to the album’s release, Martin has been nominated three years in a row as Female Vocalist of the Year at the Maple Blues Awards. Continuing to build on the group’s steam rolling momentum, in the fall of 2017, Samantha Martin and Delta Sugar were selected by a panel of blues experts to represent Toronto at the International Blues Challenge in Memphis, a platform that has served to launch any number of careers in both Europe and the United States.

After performing 200, high energy “soul revue” style shows this past 2 years spanning 14 countries, and buzz-worthy showcases at both Americana (Sept. 2017) and at The International Blues Challenge in Memphis (Jan. 2018) – Samantha is building her rapidly growing European fan base with multiple European tours scheduled for 2019. The live show is a torrid force of nature, taking audiences to emotional peaks while leaving them stunned with pin-you-against-the-wall power.